There’s a reason, beyond their dazzling musicianship and wildly entertaining live shows, that The East Pointers have connected with audiences right across the globe, making new, original roots music the hippest, most vibrant thing going. 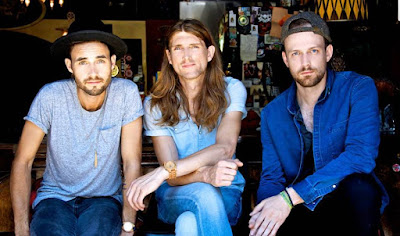 And it’s why listening to The East Pointers’ brilliant and hotly anticipated second album What We Leave Behind – produced by superstar East Coast-bred songwriter/producer Gordie Sampson – is akin to meeting up with an old friend.

As a follow-up to 2017’s internationally acclaimed, JUNO Award-winning debut Secret Victory, (Traditional Roots Album of the Year), What We Leave Behind shares stories previously unheard but framed by a familiar context. With a captivating balance between their traditional-sounding instrumental tunes, and catchy radio-ready songs, The East Pointers reach out with open arms to a wide range of listeners, inviting them to discover a new love of folk music.

TICKETS HERE (note: ludicrous Ticketmaster fees, likely a lot cheaper if you can hit the box-office, Monday to Saturday, 10am to 9pm)