Join Comhaltas Ceoltoiri Eireann, Ottawa Branch, who are proudly sponsoring Fibin's stage production of the play "Mac Piarais i bPictiúir / Pearse in Pictures," written and devised by Harry McGee and Dara McGee. Fibin are arriving direct from Co. Connemara, Ireland, to perform this play in a select number of venues in Ontario. Fíbín was nominated for the Irish Times / ESB Theatre Awards in 2005; a rare feat for a company in its formative years and again in 2011. We were also the 2005 winners of the Galway County AIB Theatre Awards. This is a very special and rare opportunity! 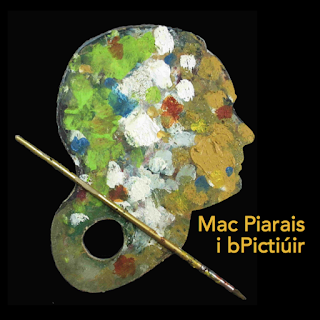 Pearse in Pictures is a striking re-imagination of Ireland’s 1916 Easter Rising, the insurrection led by a small group of idealists resulted in a heavy defeat with all the leaders executed. However, it was the spark that lit the bonfire that culminated in an independent Irish. The performance focuses on five leading figures of the 1916 Rising with a dramatic unexpected twist at the end.

This event is a fundraiser for the Ottawa Branch of Comhaltas Ceoltóirí Éireann (CCÉ Ottawa). You can enjoy Irish theatre, Irish music and contribute to its continuation in Ottawa.

Prior to the play, theatre goers may gather for some socialising in Brigid's Well, the new pub in St. Brigid's Centre (Cumberland Street entry), which opens at 4 PM. The play starts at 7:30 PM. After the play, you can meet the actors, and listen to live Irish traditional music!

The play will be performed at St. Brigid's Centre for the Arts, 310 Saint Patrick St. on the periphery of the Byward Market. Please use the Cumberland Street entry for the pub and the play. Street parking and parking garages are within one block of the Centre.

Fibin are travelling with the support of Culture Ireland.