An delightful upcoming concert "Dreamers of New Worlds - Musical Reflections from Ireland, Scotland, Wales and South America." The focus is on immigration from the British Isles in the past and South America in the present. The concert will in part also to showcase the rich musical heritage of South America especially as related to the harp. 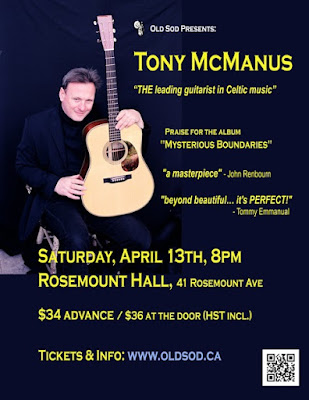 
St Brigid's Centre for the Arts and the Limelight Theatre Group are very happy to announce that the Newpoint Players will be back in Ottawa on Friday April 12th, 2019 to perform their latest play: The Trial of Thomas D'arcy McGee, by Anthony Russell.

Hailing from the town of Newry in county Down, the Newpoint Players will be performing this hilarious and supremely historical courtroom drama for one night only in Ottawa, as they embark on their third Canadian tour.

On trial during the performance: Thomas D'arcy McGee, the Irish-Canadian politician and a father of Canadian Confederation. Charged with treason, the battle of arguments for and against his innocence, conclude with the audience acting as jury.

We invite you join us on April 12th at St. Brigid's Centre for the Arts, for this hilarious and historical courtroom drama. Please feel free to spread the word to your friends, families, colleagues, and Irish Community organizations and partners. We have attached an event poster, and we encourage you to share this event via your Twitter, Instagram, Facebook, and other social media feeds.

St. Brigid's Centre for the Arts

(Brigid's Well will be open as usual for pre- and post- play pints!)

The premise is that Thomas D'Arcy McGee (1825 – 1868), Irish rebel and Canadian patriot, is called from the grave to answer, in the Court of History, the charge that he committed treason against Ireland and her people. The prosecutor is John Mitchel (1815 – 1875), an unrepentant physical force republican from both Young Ireland and the Fenians. Sir Charles Gavin Dufy (1816 – 1903), former prime minister of Victoria, defends Thomas D'Arcy McGee against the charge of treason. Both Lawyers have returned from the grave for the occasion.

All of the ghosts are aware of what has happened in the world since they entered the grave. The protocol of an earthly court loosely applies. As in previous Russell plays, the audience plays the part of the jury and their decision determines McGee's innocence ..or guilt.

(blogger's note: these are really fun plays, and the audience participation as jury was a lot of fun last time)