A night of Irish dance with Rhythm of the Dance, Centrepointe Theatre, 21 March 2018


Feel the beat of the bodhrán awaken your spirit as 22 Irish step-dancers take you on a 1,000 year journey of the Irish throughout history.


Featuring a live band, three tenors and performed by the National Dance Company of Ireland, Rhythm of the Dance combines traditional dance and music with the most up-to-date stage technology. This exhilarating 2-hour performance will lift you off your feet! 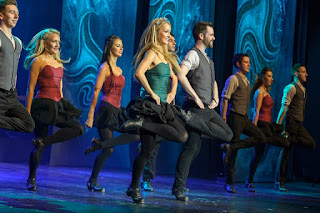 A fusion of the contemporary and the ancient, Rhythm of the Dance has heralded a new era in Irish entertainment, internationally rated as one of the most popular and busiest Irish step dance shows in the world. 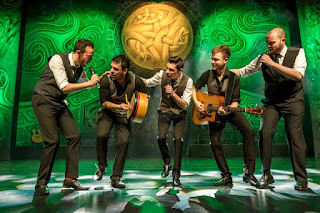 Come out experience the energy of this international sensation at our very own Centrepointe Theatres on Wednesday, March 21, 2018 at 8:00 p.m.

Rhythm of the Dance Trailer
https://www.youtube.com/watch?v=yaWqnHT_kaI 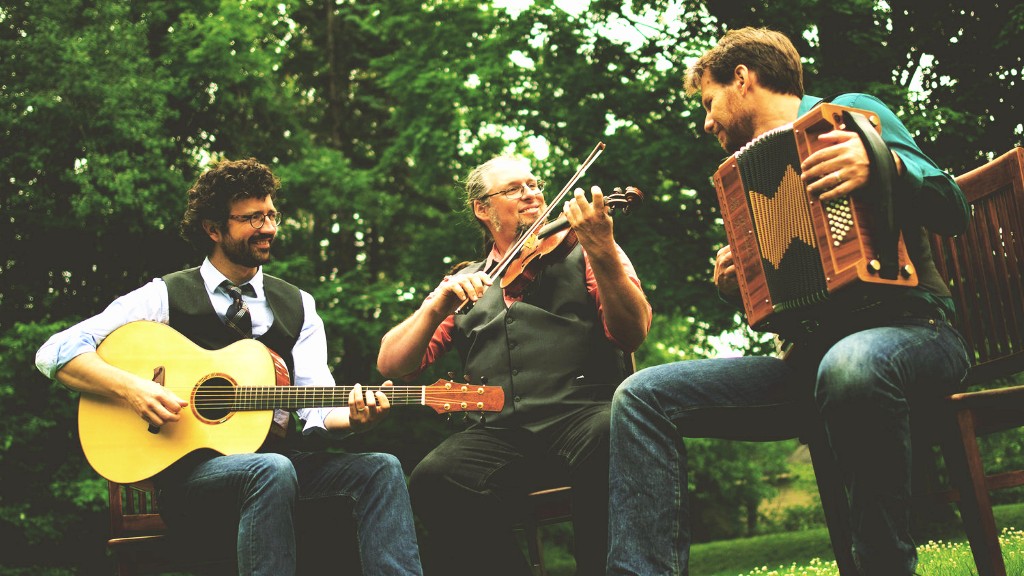 Over the last few years, Genticorum has become one of the most sought after proponents of Québécois musical culture, having performed and toured in over 15 countries in North America, Europe, Asia and Oceania. Firmly rooted in the soil of their native land, the energetic and original, traditional 'power trio' also incorporates the dynamism of today's North American and European folk cultures in their music. They weave precise and intricate fiddle and flute work, gorgeous vocal harmonies, energetic foot percussion and guitar and accordion accompaniment into a big and jubilant musical feast. Their distinctive sound, sense of humour and stage presence make them a supreme crowd pleaser.

PASCAL GEMME is a leading light in Quebec's traditional music scene.Known as much for his  original compositions as his fine interpretation of traditional tunes, Pascal is the fiddler, singer and arranger of the band, Genticorum, whose CDs have met with critical acclaim in several countries. From a young age, the fiddle music and songs of his native province have captivated him. After graduating with a degree in composition and band arrangements at Montreal's St Laurent College, he immersed himself in the traditional music around him, playing, collecting and recording music found all over Quebec. Pascal has developed a vast knowledge and is a leading exponent of the music.

YANN FALQUET is a very active and creative acoustic guitar player on the Québécois music scene. He has explored many styles of music and completed a Bachelor's degree in Jazz. Since then, he has developed a personal guitar style for Québec folk music, inspired by the playing of the accompanists of different cultures (Brittany, Scandinavia, Ireland, North America). His involvement in the province's traditional music scene has brought Yann to perform on numerous recordings, and to tour regularly throughout Canada, the U.S., Europe and Australia with Genticorum but also with JUNO award-winning Celtic and world group The McDades, the Jean-François Bélanger Trio and with cellist Natalie Haas.

NICHOLAS WILLIAMS has developed a reputation as a versatile and sought-after musician in the traditional music scenes of Québec and New England. His rhythmic yet nuanced style of flute playing draws from Irish and Scottish traditions, as well as from his studies of classical North Indian music. After completing a BFA in world music and composition at York University, Nicholas moved to Québec in 2000, where he has enjoyed exploring the common ground of his own diverse musical experiences with the rich Québécois musical tradition. Also an accomplished accordion and piano player, he has been a member of the band Crowfoot since 2005, plays with fiddler Laura Risk, and in the Alex Kehler & Nicholas Williams duo.

...deference to the past with an ear to the current Quebecois trad scene. Matt Large - HELLO DARLIN' PRODUCTIONS

Their robust vocals & sheer energy are satisfying, but ultimately it's the sense of playfulness married to a sonic richness - and those interesting original arrangements – that makes this ... such a devilish pleasure. SONGLINES

For a three piece, Genticorum makes a very full and glorious noise, both instrumentally and vocally… Chris Nickson, SING OUT!

Their strong, expressive French vocals and lush harmonies add rich icing to an already sumptuous cake. Any fan of folk music must hear this supercharged trio at all costs. Eric Thom – EXCLAIM 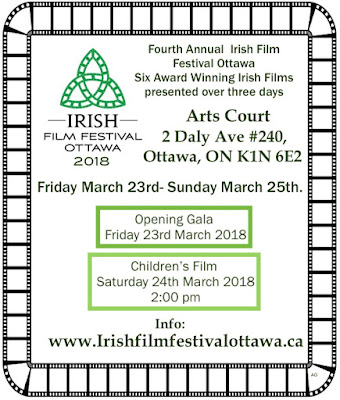 
The Chris Langan Traditional Irish Music Weekend is an annual Toronto festival with concerts and workshops featuring some of the finest Irish music artists and teachers from around the world and our own great city.

The 2018 event will showcase a stellar line up of musicians from Canada, the United States and Ireland:

The Chris Langan Traditional Irish Music Weekend has had 27 years of success. The namesake of our event, the late Chris Langan, was an impressive mentor, teacher, craftsman and advocate of the Irish arts in Toronto and in Ireland. 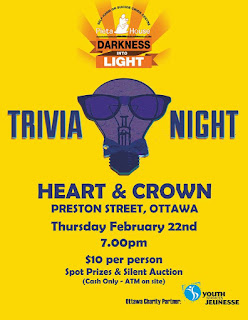 Come join us for our Trivia Night Fundraiser!!! Spot prizes and a silent auction on the night. Get your team together and brush up on your general knowledge!

Funds raised on the night will go towards our Darkness into Light 2018 event, Pieta House Ireland and the Youth Services Bureau Ottawa.


is In The House!

The Wayward Sound is Doug Crump (guitar, vocals), Michael Jonz (mandolin, banjo, vocals), Olivia Pelling (violin, vocals), and Vance Trudeau (whistle, accordion). Based in Ottawa since 2010, the group has developed its traditional, acoustic sound at pubs, festivals, and kitchen parties. On stage, The Wayward Sound weaves together their original folk and east-coast style music with the ancient, traditional tunes of the UK & Ireland.

Or listen to some of their music: https://thewaywardsound.bandcamp.com
Tickets $20 -- Seating is limited –
All proceeds go directly to The Wayward Sound
To reserve seats, email Graham and Suzanne at gcrate@rogers.com
145 Central Park Drive
Light refreshment will be available during intermission (BYOB).


I'm more of a Pogues fan, but they aren't touring. Yet, you can still get a bucketful of punk rock music infused with Irish themes, memes, and schemes with The Mahones upcoming gig at House of Targ on 8 March. 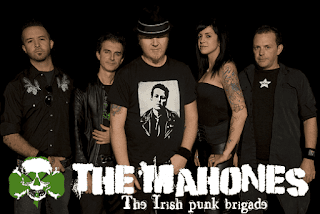 This is a big bad group, and I have no doubt they'll pack the place with all the energy and enthusiasm of those looking for a big night out. Finny (Fintan) leads the band, and his mother, Anne, who died tragically in October 2016, was a major influencer, organiser, leader, in the traditional Irish music community of Canada. Indeed, The Mahones lead man, comes from a family steeped in the Irish tradition, even though you might have to read the between the lines.


Finally, this is the CD Release Party for my first CD of Cape Breton fiddle & guitar tunes - Cape Breton Tributes. 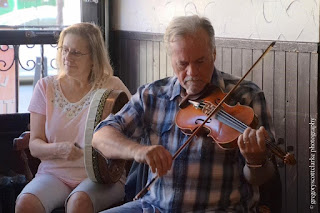 Free Admission, and free parking at the shopping centre on the other side of The Black Irish Pub (15 Selkirk Street, Vanier).

There is a stage and PA system in place. The format will be to have different musicians performing throughout the evening (similar to Dennis Lanctot's CD launch last year).

Hope to see many of you there!
Ernie Fraser