In 2005, Ian Robb invited three of his favourite local musicians, James Stephens, Ian Clark and Greg Brown, to record an album with him. Out of that recording, which received glowing reviews and won one of the inaugural 2005 Canadian Folk Music Awards, came the band JIIG (the initials of the band members). The band performed for a while, and then for various reasons, faded from view. But now, by popular request and with some persuasion, they're back, at least for one Old Sod Society show, with their signature blending of mostly old songs and great tunes from all over the map. 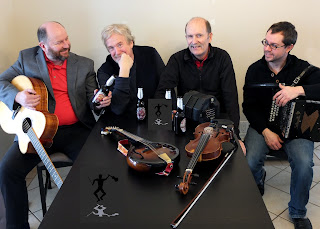 ...well played, well crafted arrangements of traditional and traditional-sounding songs and tunes...JIIG is the perfect example of what can happen when good friends, who also happen to be extraordinary musicians, breathe new life into magnificent old songs...Sing Out! Magazine

Ride sharing:
If you need a ride out to Chelsea, or would be willing to give someone a ride, please contact Nev Miller (neville dot miller032 at sympatico dot ca), who will be coordinating requests and offers.

We hope to see you out in Chelsea for this rare concert by a great band! Please share this email, to get the word around. Thanks,


St. Patrick’s Day has come early. You may remember the name Delhi 2 Dublin as they had crowds jumping at last year’s St. Patrick’s Day Parade post party. Now, they are back in Ottawa, this time at Shenkman Arts Centre on Feb. 3.

The band is described on Sound Cloud as a band who “invented the genre ‘Celtic Punjabi Electronica’” – something a little different to traditional Irish sounds. Delhi 2 Dublin expertly blend banging bhangra beats with music samples from Irish folk.

When listening to the sounds of Delhi 2 Dublin you will hear the guitar and fiddle play a prominent part. If you have never seen this group before then you must check it out, they will have you jumping in your seats! 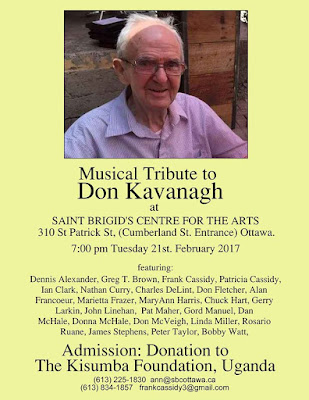